Occasional indigestion can be caused by many things – including inadequate amounts of hydrochloric acid (HCl) in the stomach.

HCl secretion in the stomach does several positive things. It assists protein digestion by activating pepsinogen to pepsin, it renders the stomach sterile against ingested pathogens, it inhibits undesirable overgrowth in the small intestine, and it encourages the flow of bile and pancreatic enzymes.*

Hydrochloric acid also facilitates the absorption of a number of nutrients, including folate, vitamin B12, ascorbic acid, beta-carotene, iron, and some forms of calcium, magnesium, and zinc.*

Numerous studies have shown that hydrochloric acid secretion in the stomach begins to decline with advancing age, which can result in poor protein digestion. Thorne’s Betaine HCl & Pepsin comes from a porcine source.” 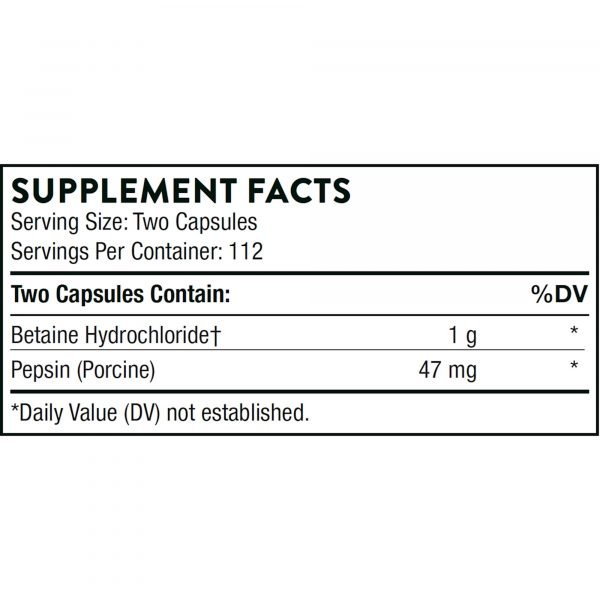 Be the first to review “Betaine HCL & Pepsin” Cancel reply